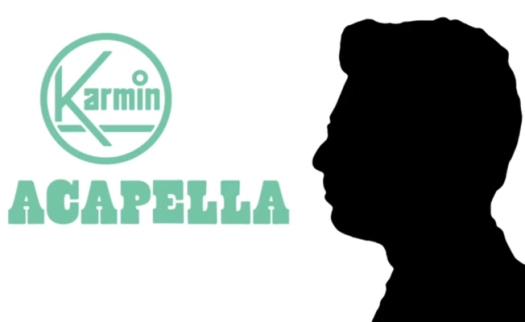 This is how acapella is done, folks. I’ve been a fan of Karmin – comprised of tandem turned love couple, Amy Heidemann and Nick Noonan – since their pre-fame YouTube days covering top-40 singles (released as an album in 2010). I became an even bigger fan when my sister told me they’d studied at Boston’s Berklee College of Music (i.e. they’re legit).

The two take a page out of “Pitch Perfect” with their latest swag-pop (yes, this is a thing) single, “Acapella.” The only thing this video is missing: Rebel Wilson!

Well, we’re only eight months and some change away from Katniss, Peeta and crew returning to our lives in “Catching Fire,” the second chapter in the beloved “Hunger Games” series. If you’re like me and need a consistent fix ahead of the November 22 premiere, the odds are ever in your favor thanks to Instagram.

The film’s studio, Lionsgate, is utilizing Instagram to rekindle our interest in the series by releasing individual character posters featuring portraits of empty chairs and soliciting guesses as to which character will eventually take each seat. The full fashion-themed photos portraying both chair and occupant are being periodically released on entertainment websites like People.com.

Until their release, the photos include hints in their captions with a countdown clock also being made available on the relaunched Capitol Couture site (the .pn in the site’s name is a nice touch, right?), run by the fictional Panem government. The first photo released is of Effie Trinket, who’s depicted as a more stately and slightly older Lady Gaga.

I’m impressed by Lionsgate’s clever use of cross promotion among its various digital platforms and its additional incorporation of outside entertainment sites into the mix. I look forward to following the campaign as both a fan and a new media junkie.

And because I can never take myself too seriously here, after you follow Capitol Couture on Instagram definitely check out these amazing Hunger Games memes. They were released last year, but they never get old.